Oreste will be back at museo Madre Napoli 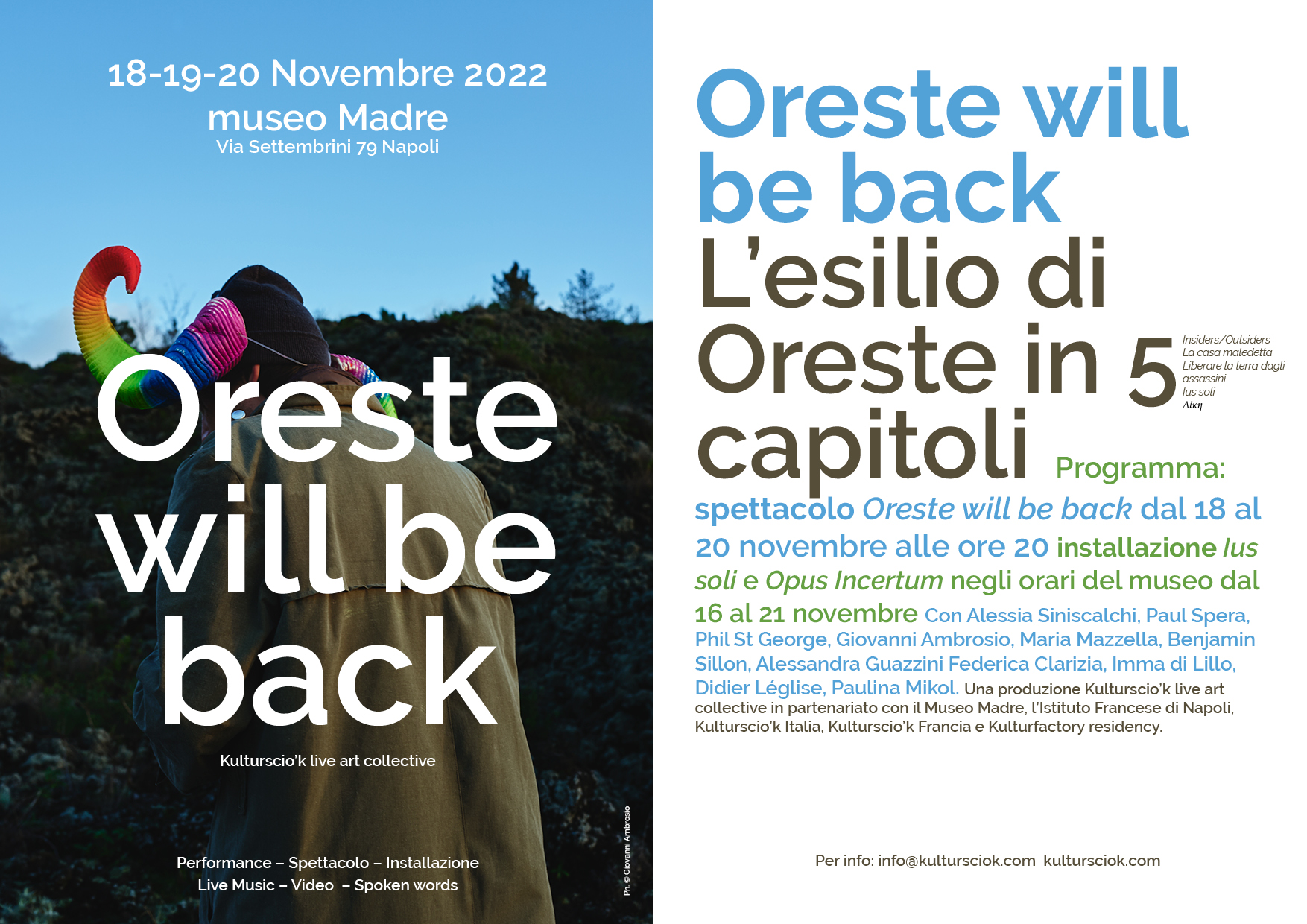 Oreste will be back at museo Madre Napoli

From the beginning – 2014 onward – of my collaboration with live performing arts collective Kulturscio’k, I have been working on specific projects requiring a possible definition of photography for performing arts, possible strategies to be in the physical space a performance, possible meanings of collecting pictures for archives, possible re-writing of stage photography experiences. Therefore Oreste will be back is also an archive relating every single event on stage, from rehearsals to public performances, a collection of 6000 pictures by now. It also is a series of experiments in theatre photography, for instance the book focusing on one single creation residency. Oreste will be back also is a possible way to understand theatre photography as performative act. Eventually, it is a beautiful collaboration with photographer Imma Di Lillo and videographer Maria Mazzella, building up an extended archive of performance constantly changing and constantly in need to be depicted and communicated.

Oreste will be back is a rewriting of the myth of Orestes, the second part of a trilogy directed by Alessia Siniscalchi: the actor Paul Spera lays his flow on beats composed by Phil St. George with installations from my works lus soli and Opus Incertum reminding us of the right to reclaim our forsaken land and free it from murderers. The exile of Orestes is revisited through spontaneous dialogues between Alessia Siniscalchi and Paul Spera, reflecting on the violence of our times through Phil St. George’s music, Benjamin Sillon’s lights and projections, Maria Mazzella’s videography, and Didier Leglise’s sound design.The performance and video instillations are comprised of 5 chapters: